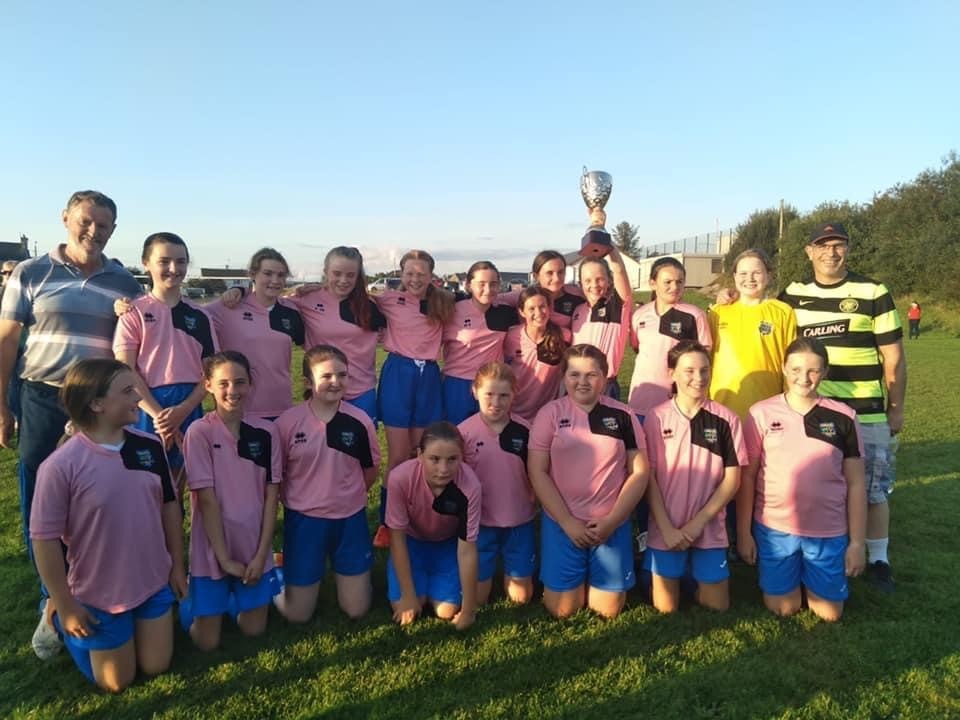 We crowned our first winners of the 2021 season on Monday evening with St. Pats girls from Kilmihil overcoming a very strong Tulla United side. Going in to the game both teams were in contention for league honours but it was the Kilmihil side that came out on top.

Susan McGrath gave the hosts the lead after 10 minutes and Aisling McNamara came close to doubling the lead but was denied by a great save from the Tulla goalkeeper. At the other end Molly Morrissey had to be on high alert to keep the score at 1-0 going into the break.

Emma Darcy doubled the Pats lead 10 minutes into the second half and this really sprung Tulla into attack mode with the visitors dominating the next period. St Pats can be thankful for some great defending by Amy Hogan, Ellie Downes, Tara Crowley and Simone Considine.

As we entered the final 10 minutes Ailish McNamara sealed the victory and the league title with a 3rd goal after some great build up play from Susan McGrath and Ruby Lillis.

St Pats midfield of Holly McMahon, Grace Lorigan, Cara Copeland and Emma Darcy fought tirelessly on the night just giving the home side the edge over a spirited Tulla side.

After the game League Secretary presented the League Trophy to At Pats Captain Susan McGrath.

Well done to both teams and to all the teams in what was a very tight and hard fought league.