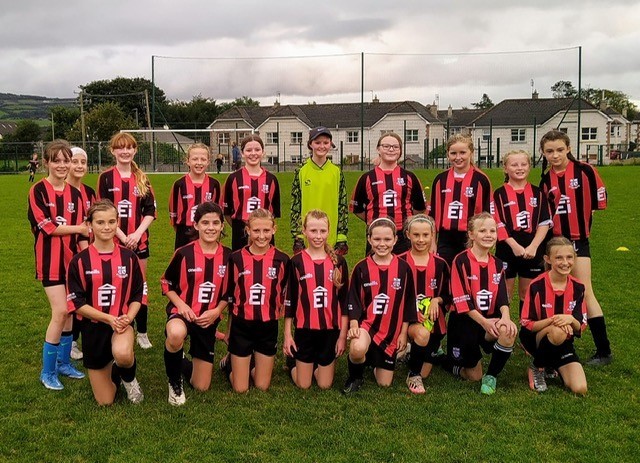 The CSSL Girls U12 Cup competition heads towards semi final stage this week following some excellent quarter final games last Friday. Tulla United edged out Bunratty Cratloe on penalties after the game finished 2-2 in normal time while it was a similar story for Connolly Celtic who were beaten on penalties following a 1-1 draw against Hermitage FC.

In Sixmilebridge a Lily Fahy injury time winner was suffice for Bridge United (pictured) to progress against a very resolute Tulla outfit.

The semi final draw is as follows: