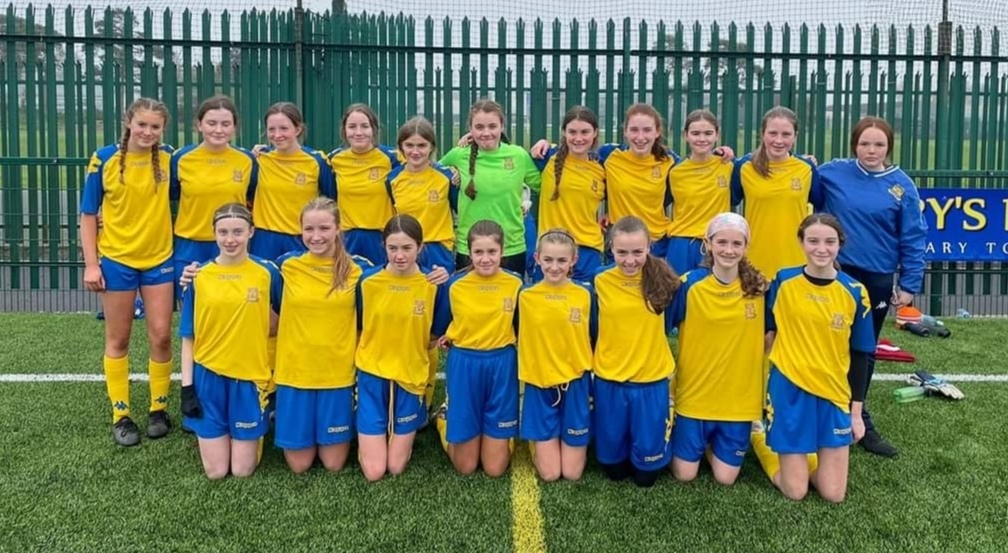 Clare's U13 girls are last out for the Banner this weekend when they face Sligo / Leitrim in Maguires Field Astroturf, UL at 2.30pm on Sunday 12th Dec. They have reached the Shield Final having overcome a strong Waterford team in Waterford in the semi final. Sligo / Leitrim have also had a very strong tournament only finishing second in their group following a playoff with Donegal after Mayo, themselves and Donegal all finished on 8 points.

Manager Amy Horgan together with coaches Sean Cregan, Ciara Duggan and Aisling Kenneally are looking forward to the squad putting in a strong performance having gathered momentum over the course of the group games.

PATHS TO THE FINAL:

Clare's only loss so far has been away to a Galway team who ended up qualifying third in the group. Management believed that they did deserve more from that match and indeed, should they have won, they would have topped the group ahead of North Tipp.

Sligo Leitrim went unbeaten through the group stages drawing 2 and winning 2, and their only loss came to Donegal in a playoff for first place after the teams tied on goal difference (the teams having drawn previously). In an interesting guide to as to relative group strength, Donegal beat North Tipp who topped Clare’s group in the quarter final on penalties before losing the Gaynor Cup semi final.

Other Hobbies: Camogie and Gaelic football

Other hobbies: Camogie and guitar

Other hobbies: camogie speech and Drama

The SFAI National Cup 4th round draw was held online this evening. Games are due to take place o...

The SFAI have fixed the outstanding games in the 3rd round of National Cup fixtures for next Satu...

Hearty congratulations to our Clare U15 Girls who beat Limerick County 1 - 0 in a tight encounter...

U14 Boys win Kennedy Bowl. U15 and U13 Girls next up tomorrow #KennedyCup #GaynorCup

Clare's U14 boys kicked off the weekend's SFAI action winning the Kennedy Bowl today. This is a ...