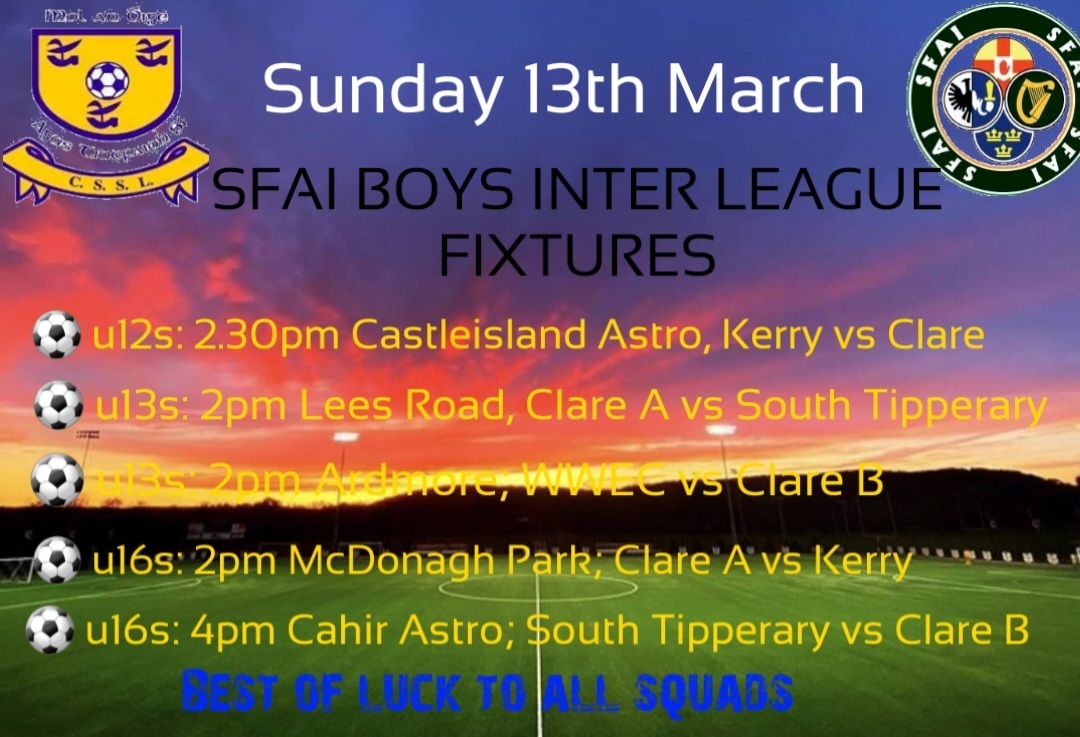 This weekend sees the 1st round of the boys Inter League fixtures commence. All age groups games are set for Sunday 13th March except for the U15s who due to odd number of teams in their groups are free this weekend.

This year Clare has a record number of teams entered with 2x teams at every age group all hoping to build on the success of last year.

U12's head off to Castleisland Astro Pitch to take on Kerry. Kick off there is 2.30pm.

U13's see one team at home to South Tipperary in Lees Road, Ennis at 2pm. The 2nd team travel to Ardmore to take on WWEC at 2pm also.

U16's also have one team at home to Kerry at 2pm in McDonagh Park, Newmarket-on-Fergus. The 2nd team travel to Cahir Astro Pitch to take on South Tipperary with a later kick off time of 4pm.

Clare U14's continue their preparations for the Kennedy Cup also on Sunday as they travel up to Moate to take on the Midlands in a friendly fixture.

Best of luck to all the players & coaches involved.