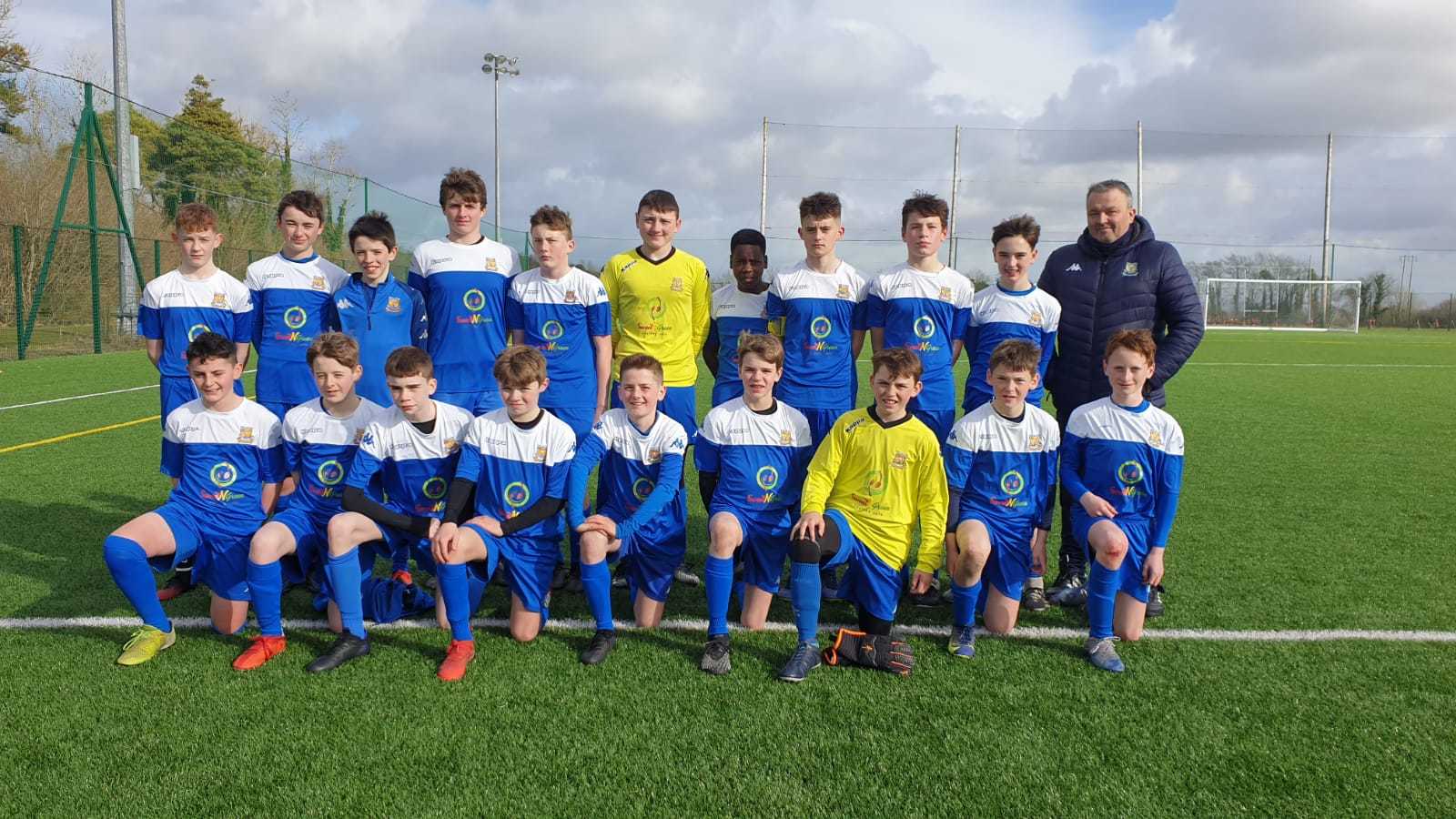 Clare U13 Yellow Team also kick off with a win today

Clare Yellow vs South Tipp interleague U13 in Lee's road Sunday 13th of March. Final result 2-1. Goal scorers for Clare Odhran Perill and Ciaran Murphy. Clare started strong and scored only after 2 minutes with Odhran Perill who tapped in from short distance after the South Tipp. Gk saved Ollie Sherlock shot. Clare had 2 great chances with Ciaran Murphy and Ollie Sherlock but went narrowly wide. South Tipp. had a corner on the 14th minute and scored the equaliser witha good header and from that moment had a bit of momentum and managed to create some dangerous situations dealt by the Clare defence in particular one saved off the line by Daniel Tomac. In the 2nd half Clare played against a strong wind but managed to play with more confidence than the 1st half and creating some good chances until the 12th minute when Ciaran Murphy scored with a great shot just outside the penalty area that hit the roof of the net. In the last 10 minutes South Tipp. pushed harder for an equaliser but the Clare defence was well positioned and the GK, Arthur Cekocta first and Oscar Brigdale after, managed to keep a clean sheet. Great effort from all the players involved. Well done to South Tipp. for a very competitive game and good luck for the rest of the competition.