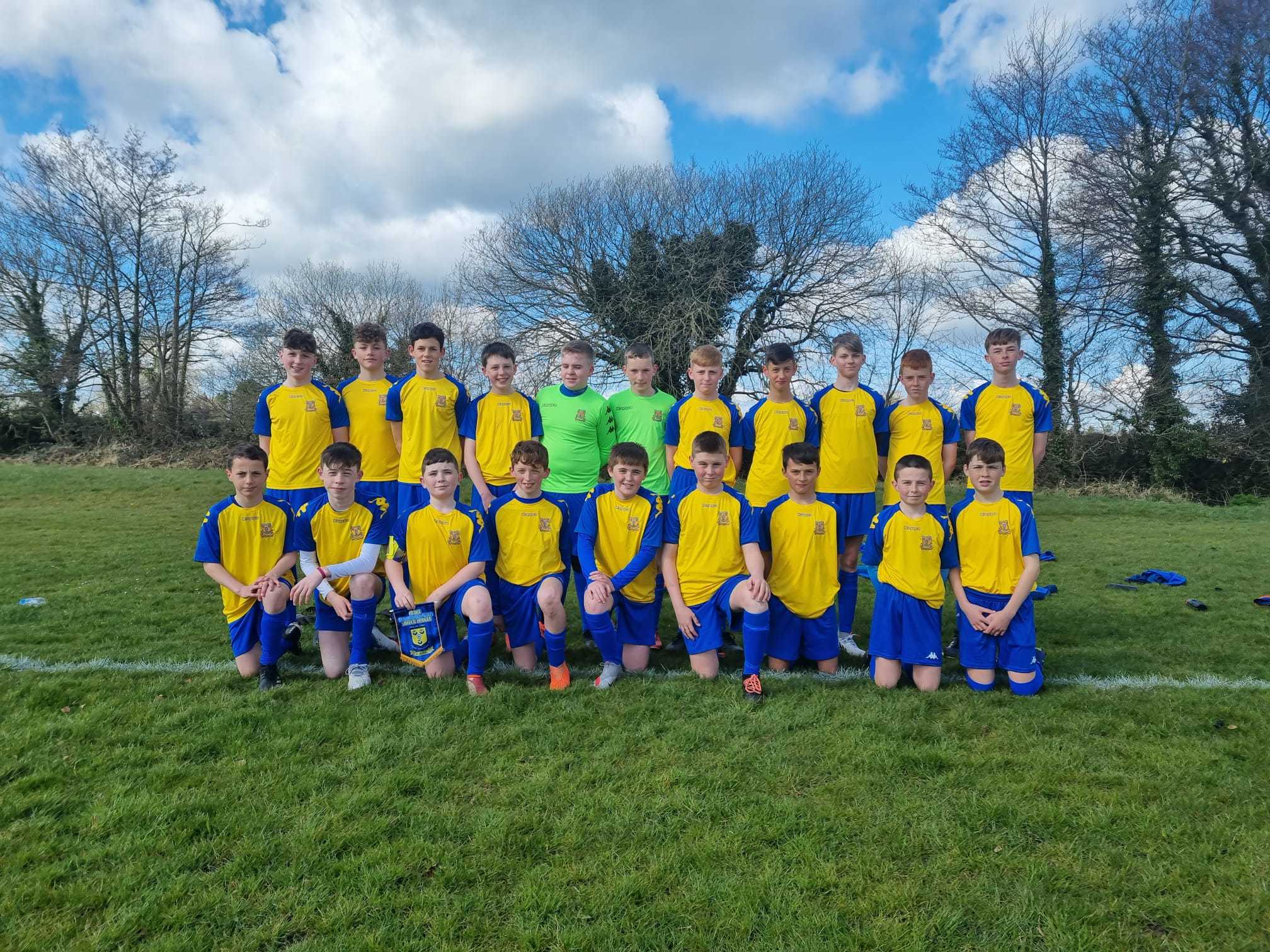 Well done to U13 Clare Blue team today on winning their second group match 3-2 away to North Tipperary.

Clare started off strong with a strike from Ryan Kelly in the opening minutes and Dylan Mc Inerney doubling the lead after 10 minutes with a great header.

Tipperary grew onto the game after that and got themselves back into the game with a goal mouth scramble with the ball ending up in the Clare goal. The momentum shifted toward Tipperary who gained confidence and won a penalty five minutes later. 2-2.

Clare managed the game well in the second half keeping more possession and not letting Tipperary create many chances.

The team played a further 30 minute development match after to experiment with positions and formations which Clare went on to win 1 nil through a Cian Maxted goal.

Well done to all players and coaches and thanks to North Tipperary for the game, all the best for the rest of the tournament.