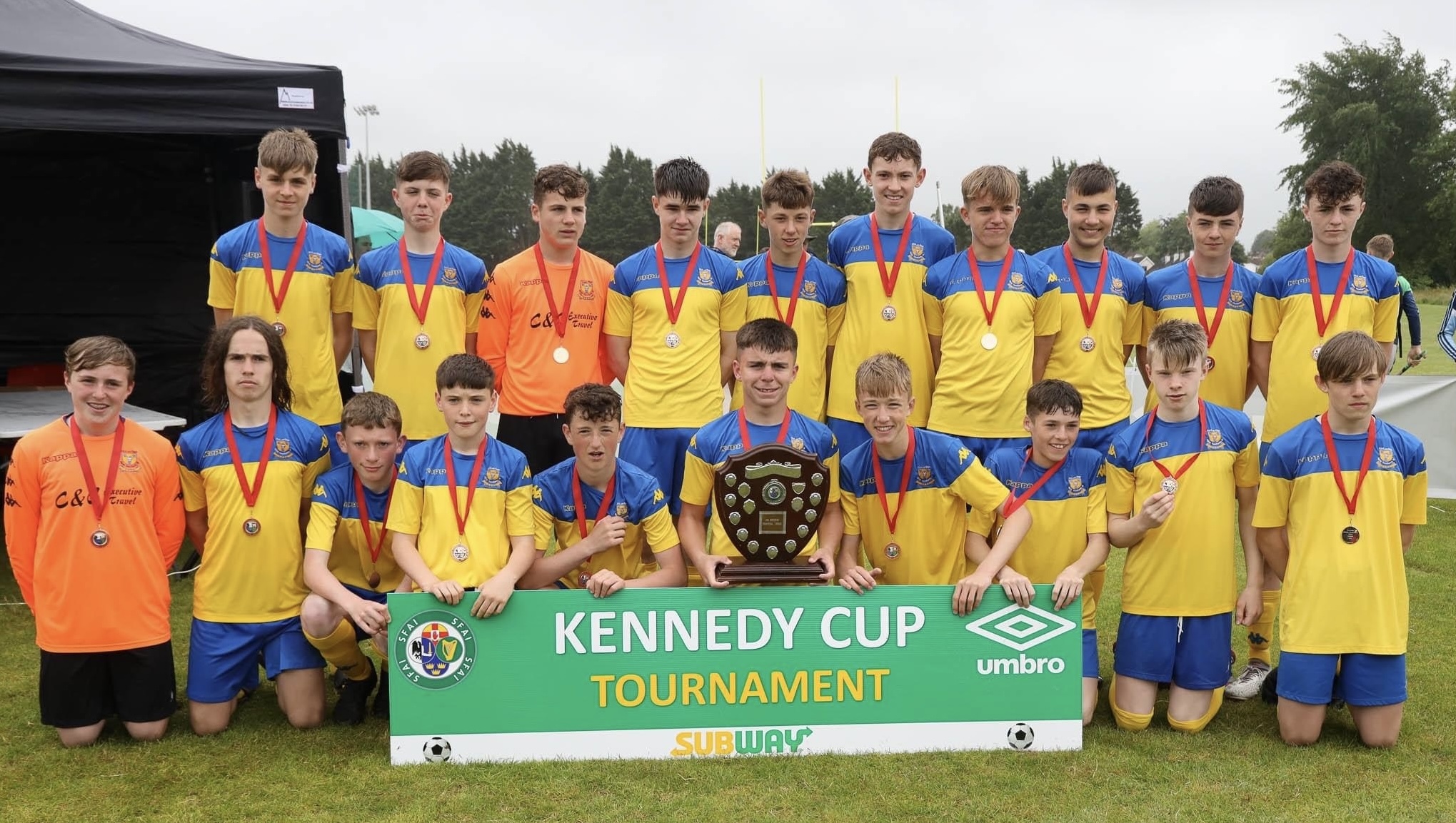 Following an exhilarating week of football the ‘Crew of 2022’ became just the fourth Clare squad in CSSL Kennedy Cup history to come away with honours following their excellent 2-1 victory over Limerick Desmond League on Friday morning.

The squad had to show great spirit to battle their way back into the final game having fallen behind to an early Paul Murphy header. However this was a resolve that they had to show on so many other occasions during the week as they battled their way through to shield final.

In the opening game of the tournament Clare faced the competitions highest seeded team in DDSL. Clare started the game brightly and on the front foot but fell behind in the 4th minute when DDSL picked them off on the break. The response from the Clare team was almost immediate when Jason Keane Hayes equalised on 7 minutes. Captain Ryan McCarthy put Clare in front on 20 minutes when he closed down and blocked the goalkeepers clearance. However Clare could not hold on until half time and DDSL squared matters on 25 minutes.

The second half failed to provide a winner with Clare looking the more likely to claim a victory but were very satisfied with a credible draw. A brilliant defensive performance in the second half and MOTM performance by Keane Hayes the highlights of the opening fixture. 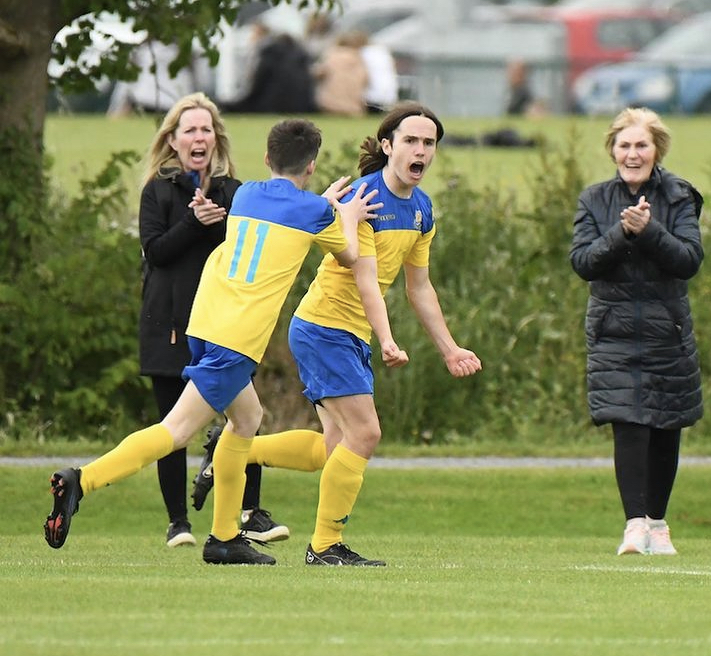 On Day 2 we lined up against a very physical and well organised Carlow side. As a result of Mid-Ulster withdrawing from the competition Carlow were fixture free on the Monday and they looked the fresher team as a result. Carlow hit the front on 14 minutes and doubled their lead on 17 minutes which proved to be a mountain too high for the Banner Boys. On a positive note every squad player played a part during the game. A late third goal put a slightly unjust  reflection on the score line as Clare had created a lot of opportunities in the second half without success. MOTM was Kieran Doyle who was really growing into the tournament and proving to be one of the stars of the tournament for Clare. 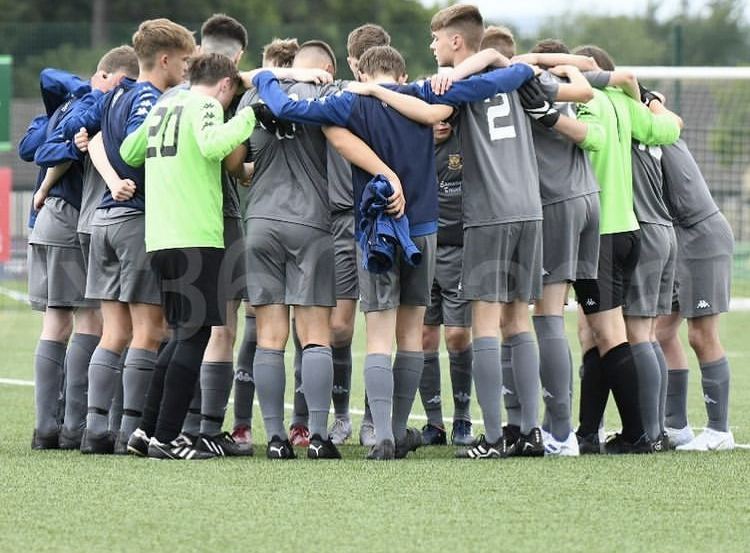 Day 3 and the progression to knock out football as we prepared for the Quarter Final of the Shield competition. Joining Clare in the Shield competition were Longford, South Tipperary, Limerick District SL, Mayo, Kerry, Limerick Desmond League and Dundalk. Captained on the day by Darragh Connors of St.Pats Clare dominated the first half of football and led through goals from Moneypoint duo Stephen McInerny and Josh McInerny. However a sucker punch on the stroke of half time saw Longford reduce the deficit to 2-1 and opened the door for what seemed an improbable comeback based on the first half of action. Improbable as it may have seemed Longford deservedly equalised with 15 minutes to play and game ended all square and now penalties would decide who would face South Tipp in the semi-final. Devin Downes, Zak Phelan, Ryan McCarthy, Graham Ball and Luke Deegan held their nerve from the spot with James Rafferty saving Longford opening spot kick. MOTM was the tireless Stephen McInerny who has been brilliant for Clare not only during Kennedy Cup but since the very beginning on the process. Following Longford game every Clare player had now deservedly started a game in the tournament.

Day 4 and a semi final that had absolutely everything. Not good for the nerves of coaches and parents but a brilliant spectacle for the neutrals. Clare dominated the opening half but failed to open the scoring. With 15 minutes to play Vice Captain Donal O’Leary opened the scoring with an incredible 30 yard strike. South Tipp equalised with 5 minutes to play and looked to have stolen the victory when they hit the front in the last minute. However the Clare lads kept their cool playing the ball out from the back through Rafferty, Downes, Lonergan, O’Leary with eventually Keane Hayes forcing the corner. With all including keeper Rafferty forward for the corner a Downes inswinger was headed towards goal by Evan Crimmins and forced over the line by Josh McInerny.  On to penalties again to decide who will face Limerick Desmond in the final. With Devin Downes, Ryan McCarthy, Graham Ball and Donal O’Leary converting for Clare the hero of the day and MOTM James Rafferty saved 2 to see the banner ballers through to the final. 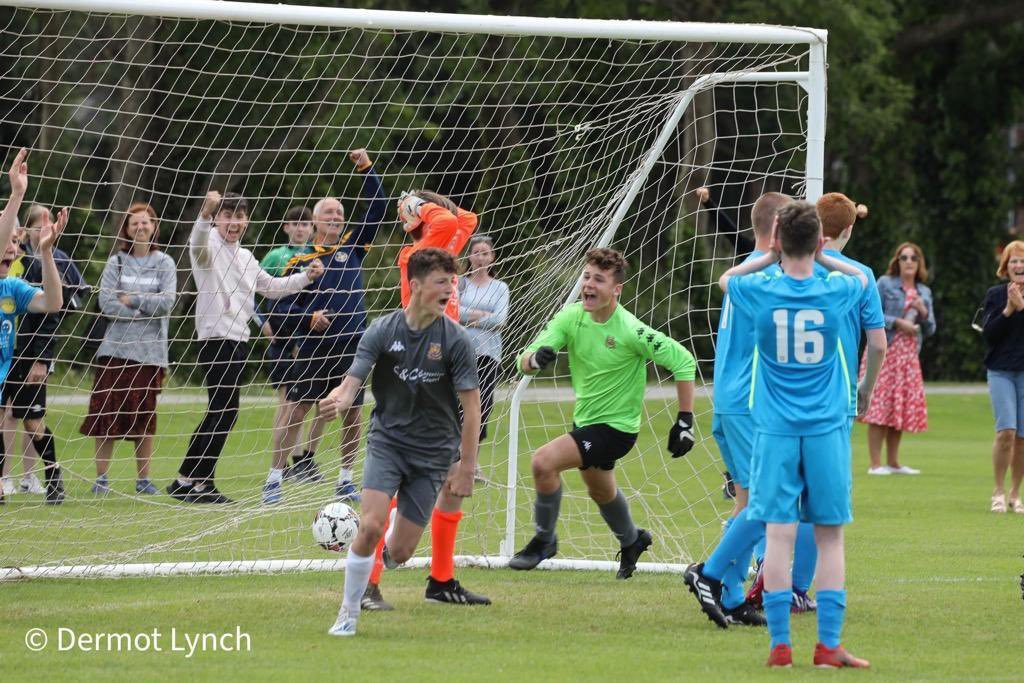 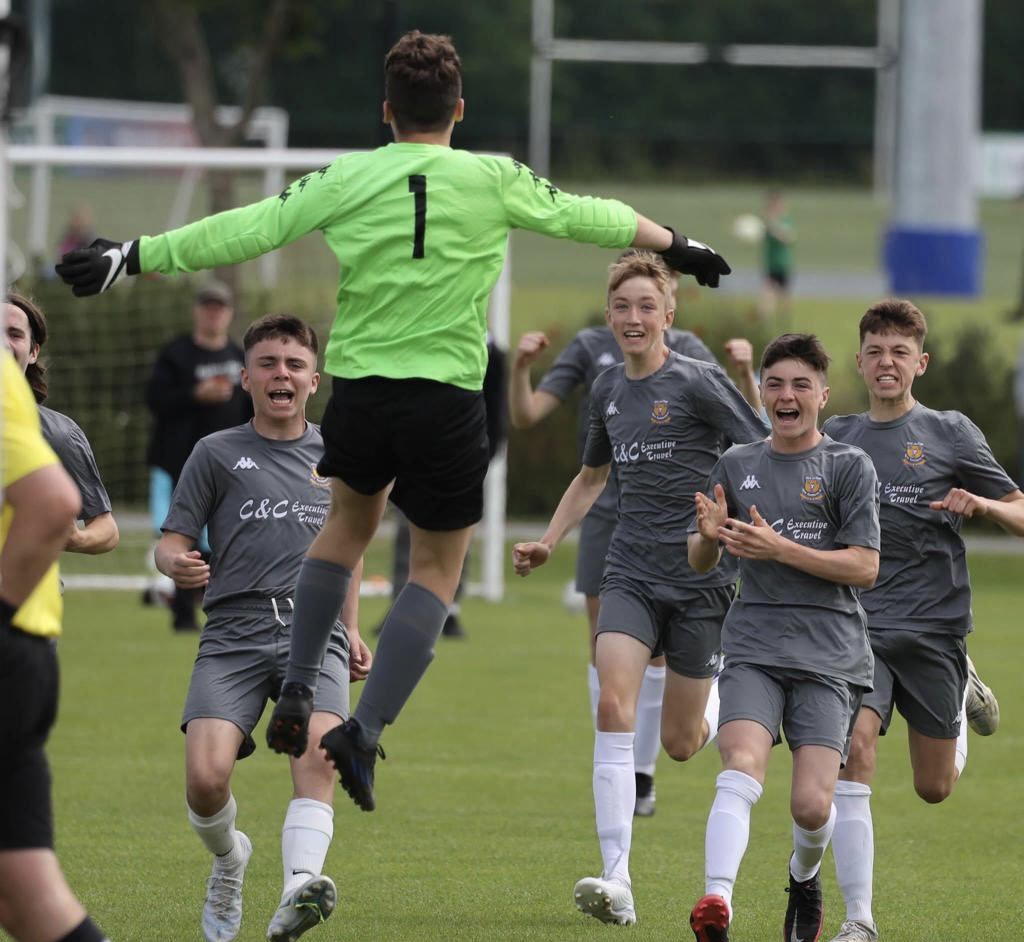 Finals day and 10.30 kick-off on the wonderful pitch 9 UL surface. Having played in splendid sunshine all week we were met with summer rain for finals day. As was becoming a regular occurrence with the week Clare fell behind in the 9th minute. A brilliant through ball from Luke Deegan in the 27th minute set Keane Hayes free who made no mistake with his finish to score his second goal of the tournament. All square at half time and all to play for and the Clare lads did not disappoint. Liam Murphy made an instant impact off the bench when he was felled in the box. Devin Downes stepped up from the back to score the winning goal from the spot. Limerick Desmond battled hard to get back in the game with Clare looking very dangerous on the break. As with the opening game against DDSL a second half full of heart and determination secured a deserved victory for the Banner lads. MOTM could have gone to any one of the squad but coaches awarded to Graham Ball who was fantastic all week. 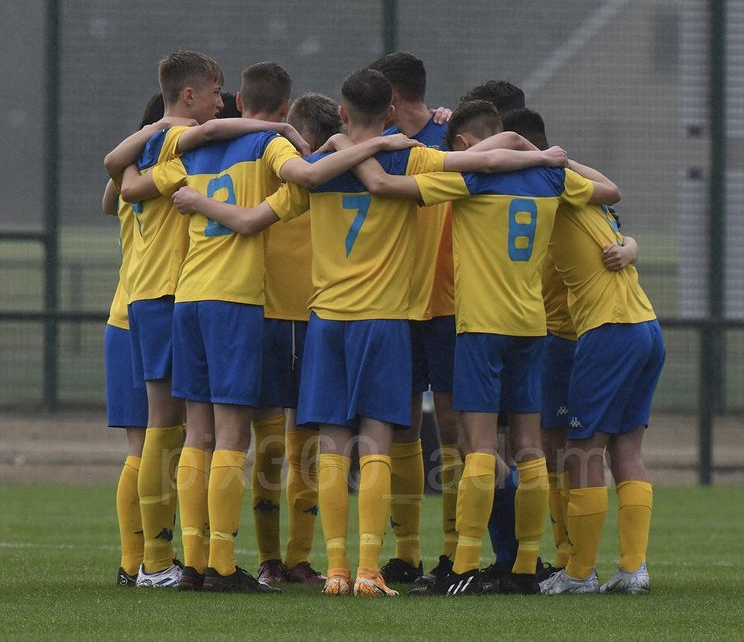 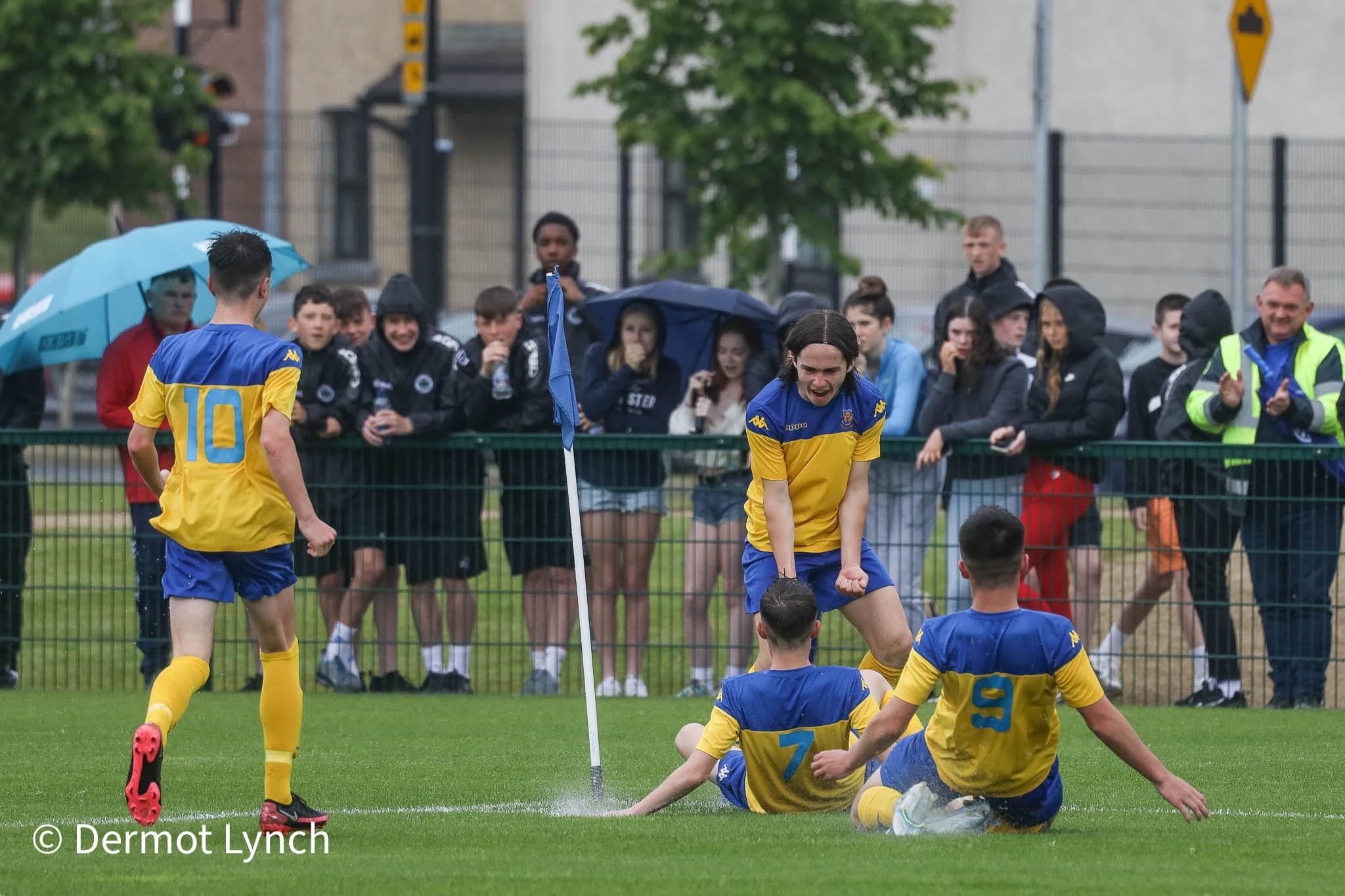 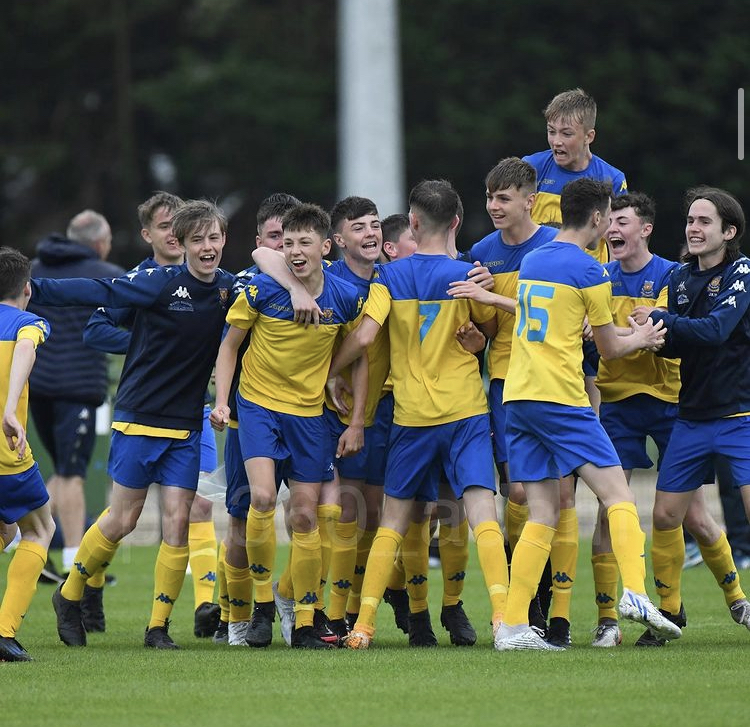 A fantastic week, an amazing experience for the players & coaches and a social experience that was what all players needed after years of restrictions.

Thank you to all the parents and guardians of the Kennedy Cup squad and all the players who participated in trials for the support and commitment throughout the process.

Thank you to the management team of John O’Malley, Barry Downes, Greg Deegan, Trevor Toomey, James Ferns, Paul Roche, Jamie Coghlan as well as RDO Denis Hynes and ETP Coordinator Deirdre Shannon for all their efforts during the year. Also many thanks to our brilliant physio for the week Susan McDermott Flynn who had her hands full treating players between games. 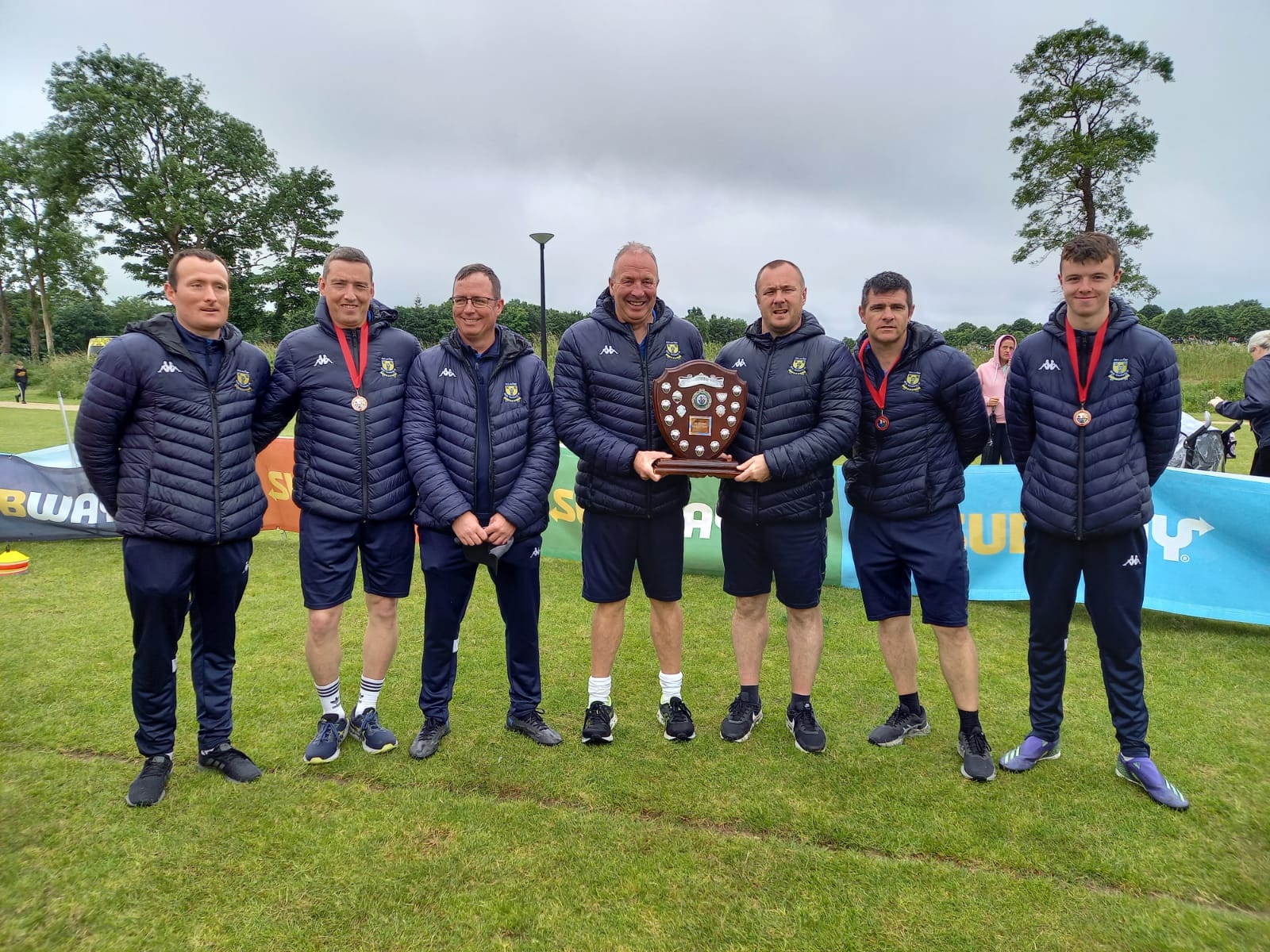 Finally thanks to an amazing group of players who gave their all for the week, prepared well for every game and represented the league with great pride and passion. The players voted for their player of the tournament and we were delighted to present the award to Kieran Doyle of Lifford after out final on Friday. 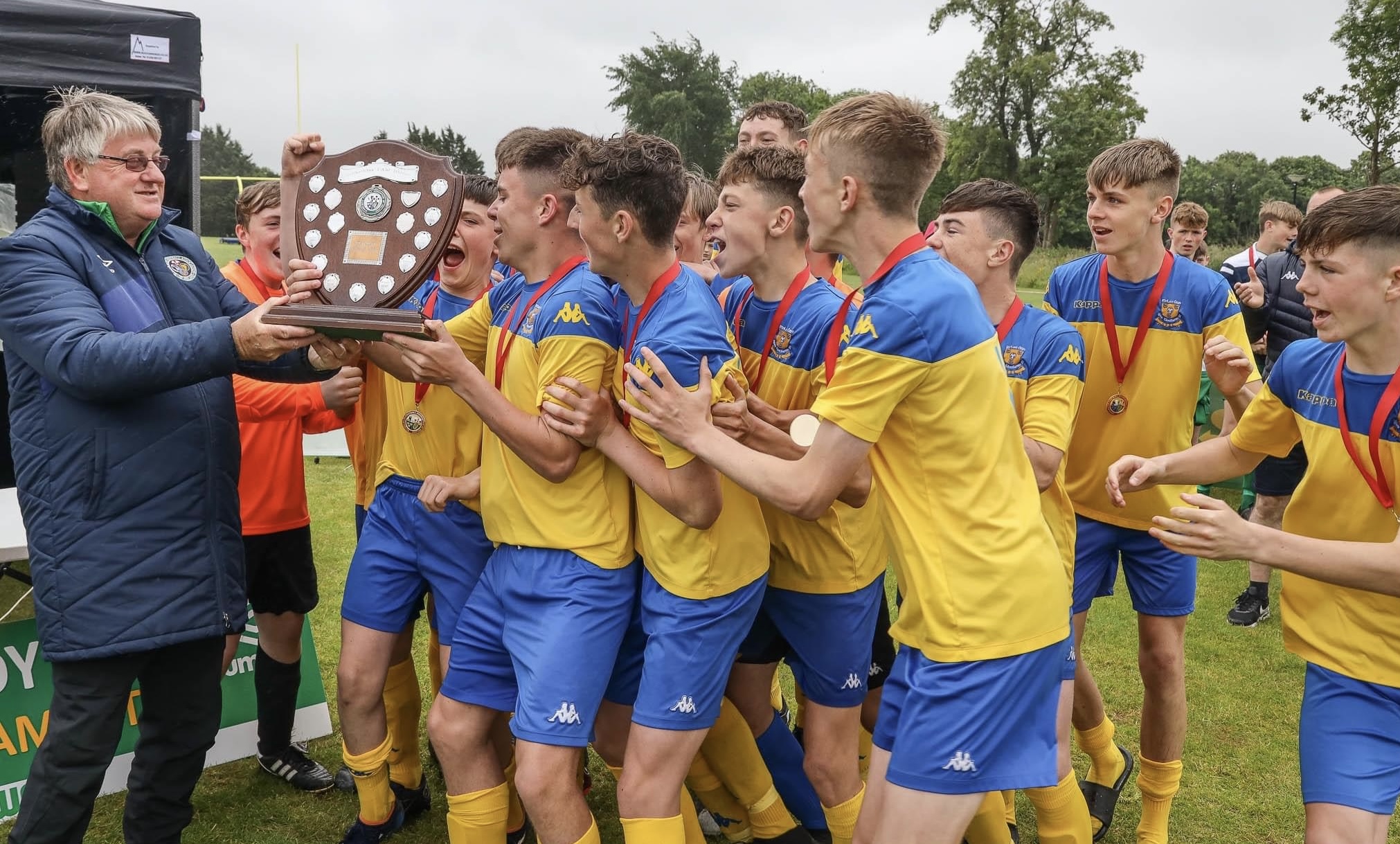 Many thanks to Dermot Lynch and Pix360_Adam for brillant photography all weekend. Also to Full Time Productions for live streaming some incredible moments over the week.

Clare Girls back in competitive action this weekend.

Hi all, The inter-league games are in full swing with all of our boys and girls teams playing mat...