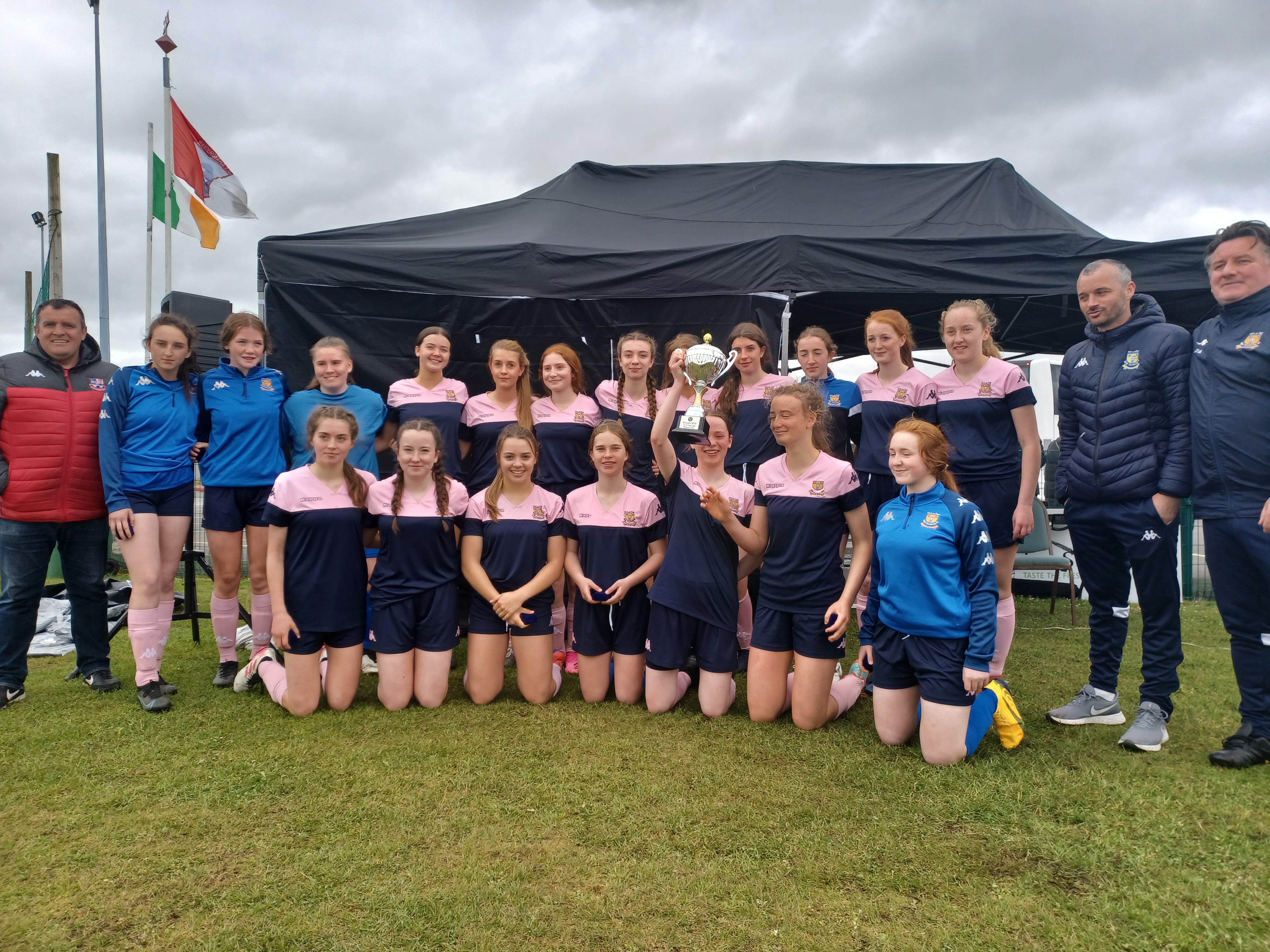 Following on their victory in the U15 Gaynor Plate last year and their Munster Final Victory, the Clare U16 Girls team have reached the All Ireland Inter League Cup Final this year, capping a brilliant season for Donal Magee, Mark O'Malley, Paul Fitzgerald, Caoimhe Nolan and their charges. They had lost a few of their squad to League Of Ireland clubs last year so it is particularly satisfying to follow this with success and it is a testament to the quality of the coaching at club and intercounty level in Clare.

The girls topped their group with wins at home by 3-1 to South Tipp (goals from Kate Singleton (2) and Judith Egan) and away to Waterford (Heather Murphy hat trick and one each from Kate Singleton and Aoife Fitzpatrick). Sandwiched in between these games was a 1-0 loss at home to North Tipperary where a number of the girls being away lead to the game being a bit of a struggle before eventually conceding a late goal.

With this, Clare Qualified for the Munster Final vs Limerick County which they won 1-0 with a goal from Aine Bonfil in a tight match played in Killarney. Both sides qualified for the All Ireland series and Clare faced the North Eastern Counties League (NECSL) in the semi final which they won 2-1 with goals from Kate Singleton.

This is a great group of girls that are wonderful role models to the girls coming up through the ranks behind them. We wish them all the best in the final in which they face Limerick County again. The match is on in Charleville at 12.30 in Tim Fitzgerald Park in Charleville Sat 25th June.

Clare Girls back in competitive action this weekend.

Hi all, The inter-league games are in full swing with all of our boys and girls teams playing mat...