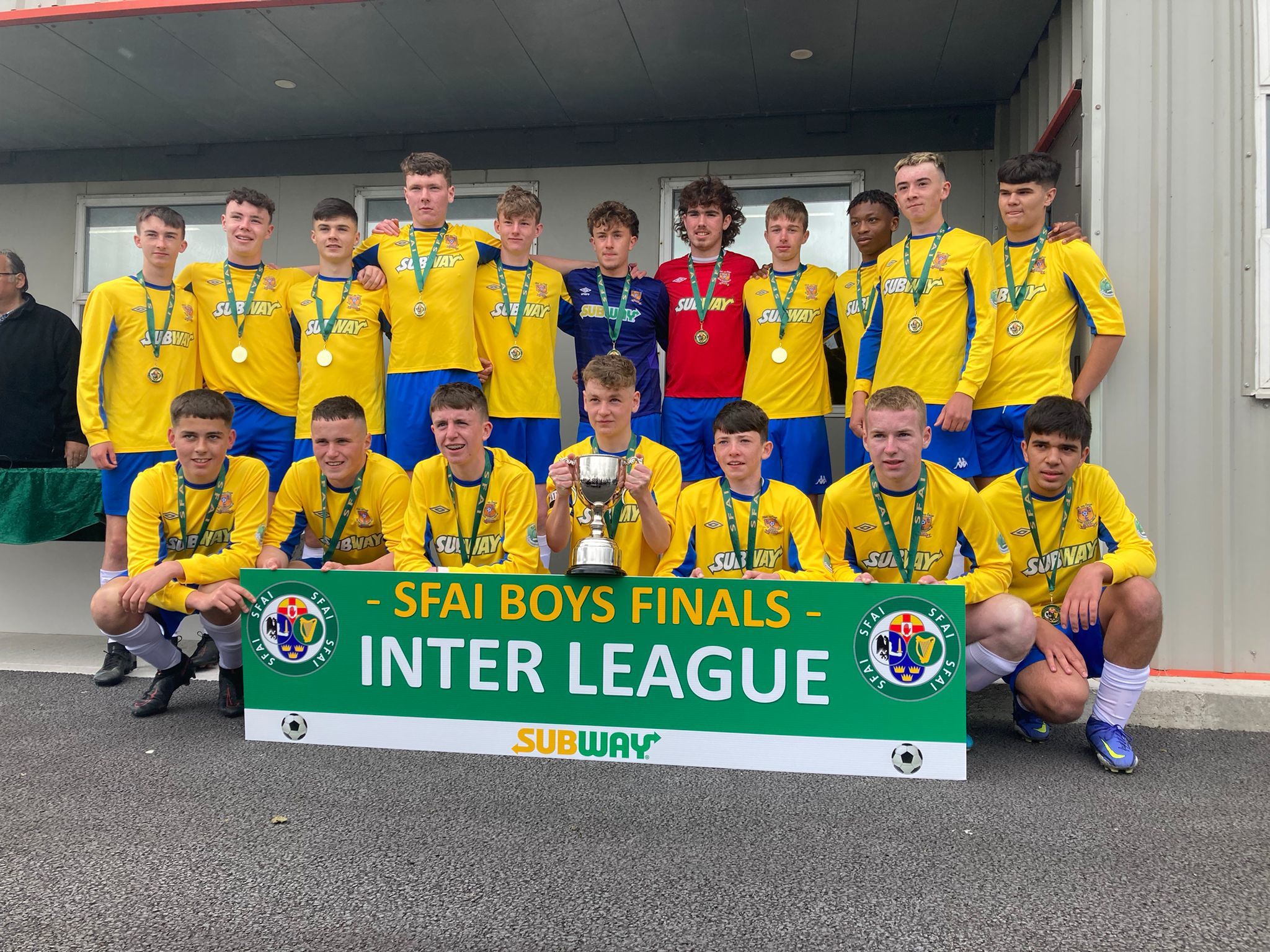 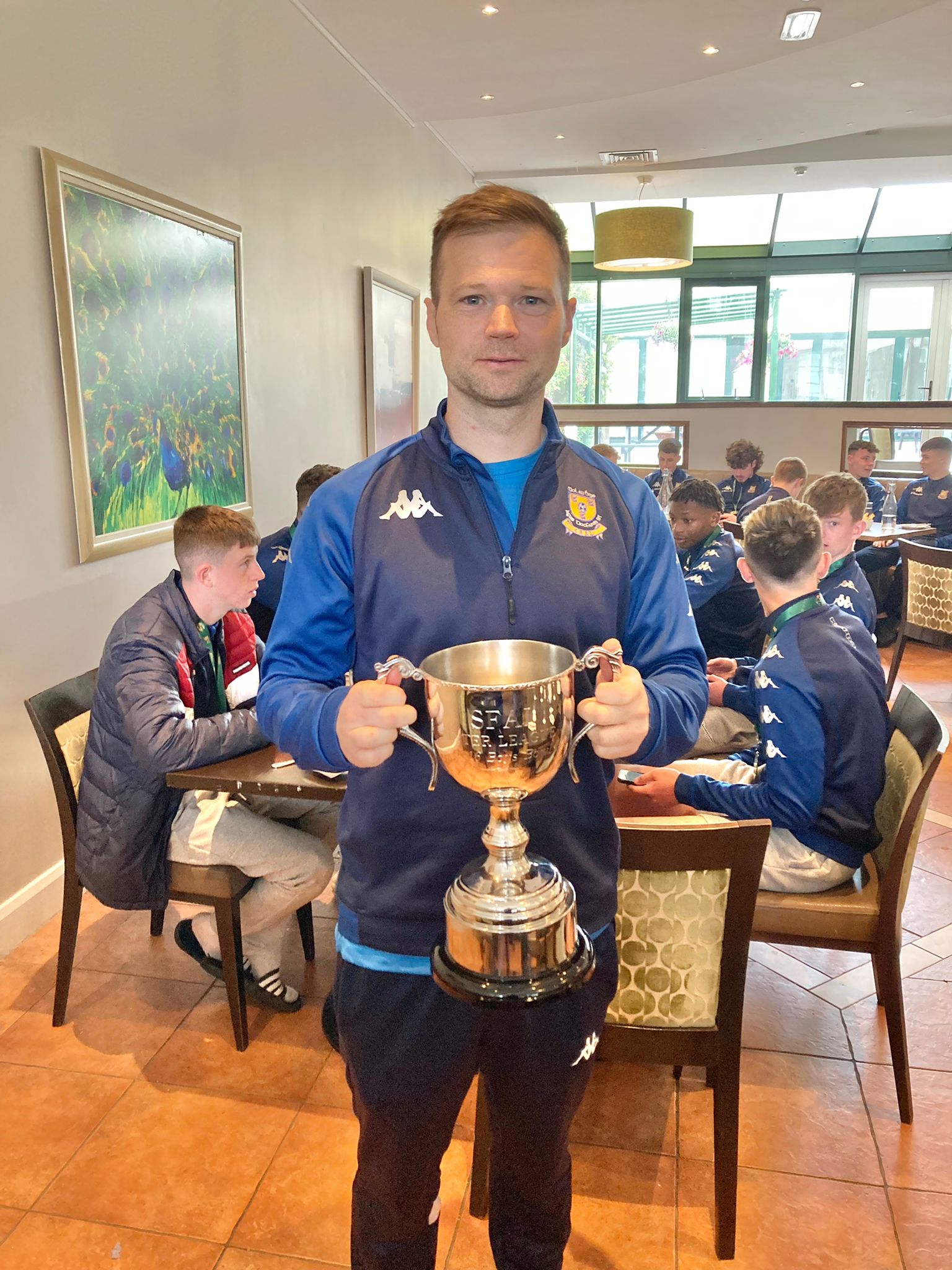 All Ireland and Munster Champions

Congratulations to the Clare under 16’s squad who finished their schoolboy soccer experience by winning the All Ireland bowl final. Two super first half goals from Avenue Utds Kayden Herlihy was enough to see them beat a disciplined Cavan/Monaghan and for Clare captain Luke Keating (Shannon Town) to lift the trophy in Charleville.

A late change of kit sock colour due to a colour clash with Cavan/Monaghan meant that the Clare team lined out resembling ‘the boys from Brazil’ and the Clare lads didn’t disappoint the travelling supporters by playing some fantastic samba style possession football.

Goalkeeper Finn Murphy (Bridge Utd) made some important saves and clearances and remained composed throughout the game. The centre back pairing of Seanie McMahon ( Moher Celtic) & Niall Leddane (Bridge Utd) have formed a great partnership over the course of this inter league campaign and there aren’t many strikers at this age level that would fancy playing against this duo.

Full backs Luc Fitzpatrick ( Shannon Town) and Matthew Conway (Avenue Utd) would give even Roberto Carlos and Cafu a run for their money, the amount of ground these players cover up and down the line is phenomenal.

All 22 players that were selected for the squad contributed to the teams success and deserve to be mentioned: Luke Kennedy (Lifford FC) Cormac Byrne (Bridge Celtic), Sean Boyce (Tulla Utd), Josh Akinnagabe (Avenue Utd), Dylan Howard (Bridge Celtic) unfortunately a number of these players were unavailable to attend the final on Saturday and they all should be very proud of this achievement.

Word of thanks and appreciation to all the coaches involved with this squad training and development.