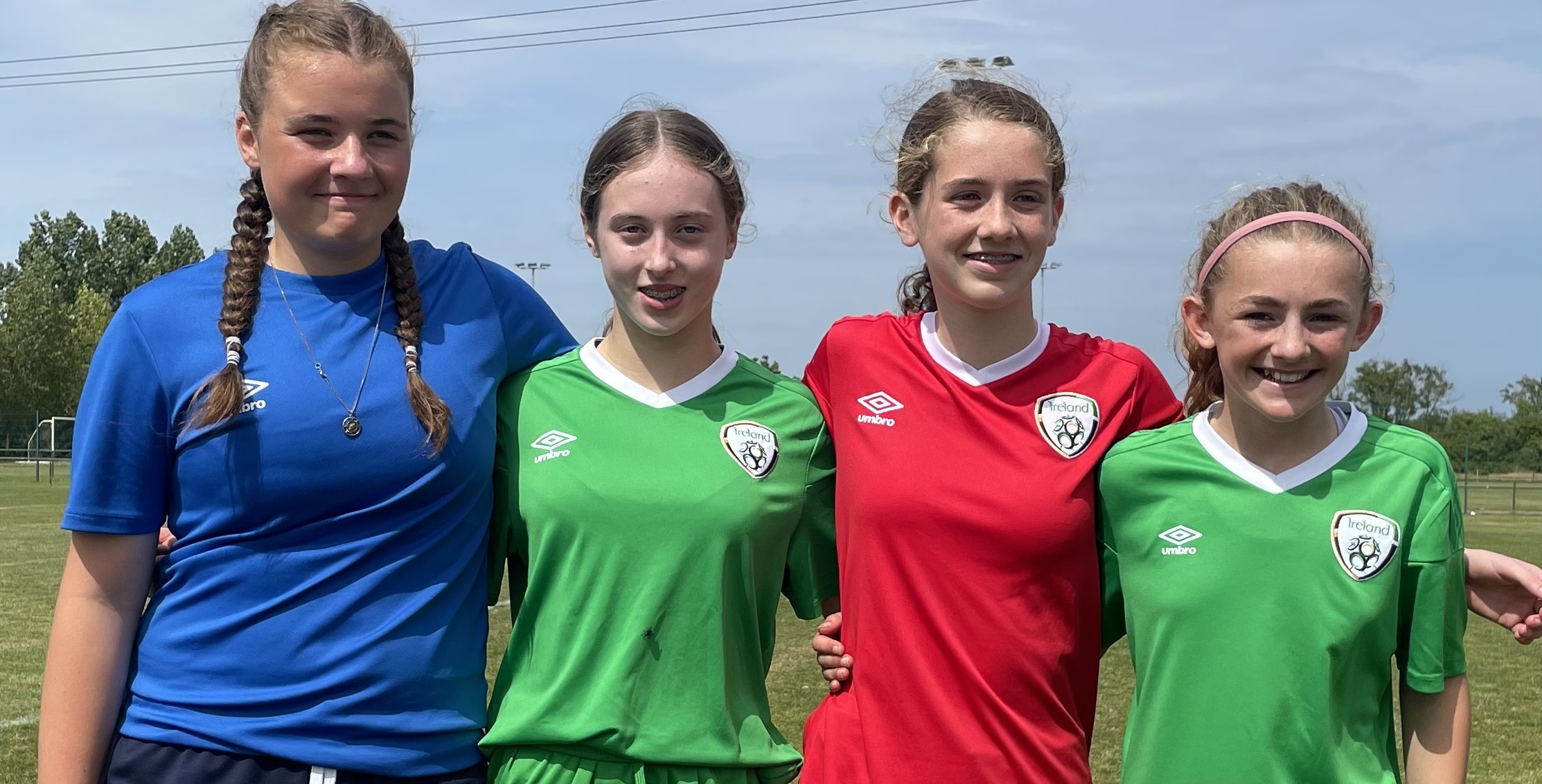 While our focus as a league is on getting more and more boys and girls to play the game, it is also on making sure that we are a functioning part of a pathway to allow those that excel to progress their interest. We are delighted to see 4 of our girls who played in the Gaynor Cup invited to the U15 National Academy programme 22/23. The first academy session was today and Rachel O'Shea (Fern Celtic), Rhiann Murphy (Shannon Town Utd), Kate Jones (Bunratty Cratloe FC) and Aibhlinn Cotter (Moneypoint FC) were all in attendance proudly representing both their clubs and county.

We are very proud of their achievement as a league and in addition to their club coaches who will have played a massive part in their development, special mention in particular should go to the CSSL ETP coaching group that have worked with these girls over the last number of years - Amy Horgan, Aisling Kenneally, Ciara Duggan and not least the recently retired Sean Cregan who gave 12 years to the programme. The ETP programme is part of a pathway that links up with regional centres of excellence led by the FAI and then to the National Academy.

Among the coaching team in the National Academy is Clare’s own former international Irene Hehir so there is a strong Clare link in this group.

Well done girls - we look forward to seeing ye following in Irene’s footsteps and starring for Ireland in the Euros in due course!!!

Our own Tommy Molloy elected to SFAI Executive Committee

Tommy Molloy of Avenue United, a long serving member of the CSSL committee has been elected onto ...