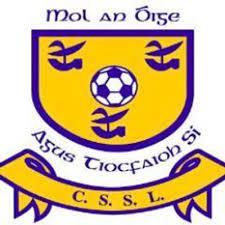 It has been a hectic couple of months for the league and all the clubs putting plans in place for the season ahead. Meetings were had with plenty of discussions taking place amid the panic of getting all the players registered in time for an exciting season ahead.

After 2 very tough years with Covid and only been able to play a shortened season, we are delighted to be kicking off tomorrow a full planned season and most importantly getting back to some normality again.

The U14's get out season up an running tomorrow with the U13 & 15 age groups out the following weekend Saturday 2nd April. All other age groups will commence in the midweek fixtures which commence the week of the 4th April.

All fixtures will be posted on the CSSL website https://cssl.ie/fixtures

This year is will be a big achievement for Clare football as the league will have for the first time a U10's, 11's, & 13's leagues for girls. Fantastic work has been done promoting girls football in the county and hopefully we can build on this year after year in an aim to leagues across all age groups in Clare for boys & girls.

Well done to all the clubs committee, its members and coaches for coming together and working with the league committee to get the 2022 season going for all the kids in Clare.

Best of luck to all the clubs & the players for the season ahead.